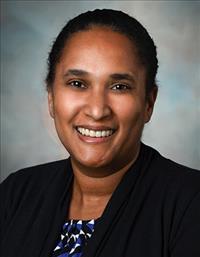 As the older adult community is expected to burgeon in the next several years, more resources will be needed to better understand age-related changes and address the concerns of older adults. One of the concerns of our older adult population is to sustain their cognitive abilities (e.g., memory and problem solving). Thus, my program of research is interested in understanding cognitive functioning, particularly on an everyday basis, and identifying ways to better detect cognitive decline and early signs of cognitive impairment. I have taken a special interest in exploring this area of research within minority groups, particularly African American adults, which often tend to perform worse on measures of cognition compared to other racial groups and are more at risk for meeting criteria for dementia. One goal of my research is to understand the health factors that influence cognitive functioning, particularly cognitive decline. In particular, I have explored the relationship between blood pressure and cognition, red blood cell properties as it relates to cognition, and the relationship between sleep and cognition. I have purposely examined the association between cognitive functioning and health behaviors and conditions relevant to minority groups (e.g., African Americans and/or individuals from lower socioeconomic backgrounds) in an effort to explain cognitive aging differences within minority groups and across racial/ethnic/socioeconomic groups. A second goal of my research is understand how socio-demographic factors relate to cognitive performance, particularly within African Americans. There is evidence to suggest that poor performance on the commonly utilized measures of cognition is related to socio-demographic factors (i.e., low education levels, low income, perceived neighborhood disorder, and discrimination). Furthermore, socio-demographic factors appear to explain some of the observed racial/ethnic disparities in health conditions/behaviors (i.e., hypertension, diabetes, obesity, cigarette/alcohol consumption, and negative emotion), which may also explain the racial/ethnic differences in cognitive functioning. The current socio-demographic status of our older adults often represents an accumulation of life-long events. For example, older African Americans may have acquired learning strategies through childhood educational experiences, employment in adulthood, and social interactions within family/neighborhood, which may not be captured on traditional cognitive tests, and, thereby, do not assist in the successful completion of these tasks. Thus, identifying the socio-demographic factors associated with cognitive functioning will provide a better understanding of the racial/ethnic differences in cognitive performance. Secondly, these factors can assist in developing more sensitive measures of older adults’ cognitive competence to successfully function within their everyday environments. Furthermore, this area of research has promise in identifying modifiable factors in an individual’s lifestyle and environment that can improve or sustain their cognitive health and well-being. A third goal of my research is to identify methods and/or measures that can assist in detecting early signs of cognitive impairment. Detecting cognitive impairment, particularly mild cognitive impairment, can aid in better understanding normal cognitive aging. Subsequently, this can promote the implementation of early environmental strategies or aids that would compensate for losses in intellectual abilities. The screening tools to detect early signs of impairment, however, have indicated poor sensitivity and specificity in detecting individuals who subsequently develop dementia. Specifically, individuals who are identified at being for risk for cognitive impairment using some of the current criteria at one occasion often do not appear to be at risk for impairment based on the same current criteria at subsequent occasions. Thus, I am interested in identifying alternative diagnostic measurements, (e.g., ecologically valid measurements of cognition and electronic-based cognitive tests) and methods (e.g., within-person fluctuations in cognitive abilities) to detect cognitive decline and early signs of cognitive impairment. High rates of older African Americans and/or individuals from lower socioeconomic backgrounds are diagnosed with dementia (e.g., Alzheimer’s disease and vascular dementia), particularly late in the course of the disease. Thus, it is imperative to identify sensitive and easily accessible diagnostic tools for our older vulnerable populations to monitor their cognitive functioning. If I can assist these older adult communities in monitoring their functioning, then we, as a society, can be in a better position to provide them with appropriate clinical resources to further evaluate potential cognitive changes and intervene early in the course of a potential neurodegenerative disease.