Pros On the Go

Graduates of the PGA Golf Management Program find themselves well-equipped for careers in the golf industry. Since the programs creation, it has been helping students become leaders on and off the golf course. 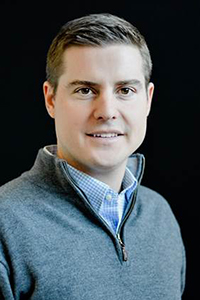 Rolling Road Golf Club is one of the Baltimore area’s premier private golf clubs and was founded in 1919. The golf course was designed by acclaimed golf course architect and two-time British Open Champion Willie Park Jr.

“This new position is rewarding in that I have the opportunity to help grow the game of golf on so many levels - from beginner to skilled amateur; from junior golf, to men’s golf and ladies’ golf.”
Luke Arentz, 2004 graduate of the PGA Golf Management Program

Bill Ciccotti, a 2010 graduate of the PGA Golf Management Program, has been named the director of golf and clubhouse operations at Yellowstone Club in Big Sky, Montana. Previously, he was an assistant golf professional at Merion Golf Club near Philadelphia, Pennsylvania as well as a seasonal instructor at Jim McLean Golf Schools in Florida.

“Since I was young I was actively involved in numerous outdoor activities, including skiing, hiking, mountain biking, rock climbing, fishing, golf, and more. Yellowstone Club offers everything and more. This club was atop my list for a large variety of reasons and I am beyond lucky to work at an amazing club like this.”
Bill Ciccotti, 2010 graduate of the PGA Golf Management Program

Rob Comerer, a 2012 graduate of the Penn State PGA Golf Management Program, is co-founder and co-director of Instruction of Smash Factory Golf at Ravenwood Golf Club in Rochester, New York. Previously, he was the director of Junior Golf at Baltimore Country Club in Lutherville, Maryland.

“Golf instruction has always been a passion of mine. I am excited to be able to now devote my career towards teaching and coaching. I enjoy meeting new people and helping them achieve their golf goals,” Comerer said. 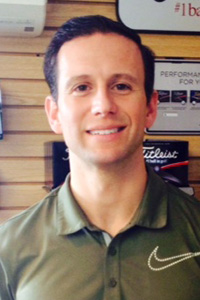 Elkview was built in 1919 by Donald Ross and is located between Crystal Lake and Newton Lake roughly 20 miles north of Scranton, Pennsylvania.

"There is not a better setting in Northeastern Pennsylvania than Elkview Country Club,” Cottell said. “The views of Crystal and Newton lakes from the golf course are stunning. The golf course is very player-friendly tee to green and has typical Donald Ross greens that makes ball placement very important. The members are fantastic and they have welcomed my family with open arms. I look forward to making Elkview my home for a long time."

The Country Club of North Carolina has been regarded as one of the premier private golf clubs in the south since 1963. Of the two golf courses there, Dogwood and Cardinal, the Dogwood Course has played host to the three Carolina Amateurs, six Southern Amateurs, the 1980 US Amateur, and the 2010 US Girls Junior Amateur.

“Having the opportunity to provide service to our club's membership at The Country Club of North Carolina is truly an honor and privilege that I enjoy everyday,” Glover said. 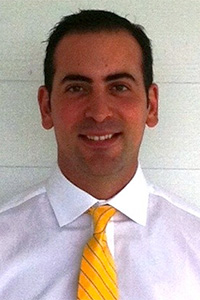 Patrick Gunning, a 2008 graduate of the Penn State PGA Golf Management Program, has been named head golf professional at The Kittansett Club in Marion, Massachucetts. Prior to Kittansett, he was the first assistant at Shinnecock Hills Golf Club in New York and director of tournament operations at Seminole Golf Club in Florida.

Kittansett is a seaside golf course designed by William Flynn and Frederick Hood in 1922. It is currently ranked 84th on Golf Digest's Top 100 Golf Courses.

“I'm looking forward to leading a team of professionals to provide great service to our members,” Gunning said. “I'm also excited to help up and coming golf professionals get better at what they do.”

Jamie Hamilton, a 2005 graduate of the Penn State PGA Golf Management Program, has been named associate director of golf at the The Greenbriar and The Greenbriar Sporting Club in White Sulphur Springs, West Virginia. Previously, he was the head golf professional at Old White TPC at The Greenbriar.

The Greenbrier, known as America’s Resort, is a 10,000-acre resort property with 700 rooms, more than fifty activities, world-class dining, casino club and fifty-four holes of championship golf. The Old White TPC Course is home of the PGA TOUR’s Greenbrier Classic, which has been contested annually since 2010. The Greenbrier Sporting Club is a private members only club adjacent to the resort which is home to The Snead Course, a Tom Fazio design opened in 2004, as well as the club’s newest community and golf course Oakhurst, which is co-designed by Jack Nicklaus, Arnold Palmer, Gary Player, and Lee Trevino and is expected to open in the spring of 2017.

“I am thrilled to continue to grow on the resort side and now also have the opportunity to be more involved at The Greenbrier Sporting Club,” Hamilton said. “Most of my assistant professional experiences were at private facilities and I am looking forward to once again being involved in the private sector. My new position truly gives me the opportunity to have the best of both worlds.”

Somerset Hills Country Club has a rich history that began more than 100 years ago. The club was originally situated along the Raritan River, partly in Bernards and partly in Bedminster Township. In 1918, the club changed locations, and the club was built at its current site. The golf course was designed by world renowned A.W Tillinghast and is consistently rated one of the top 100 courses in the country.

“This is my first head professional position, and it is exciting to share and grow a program with a staff that we have been fortunate to put together,” Joseph said. “Somerset Hills Country Club has incredible traditions and culture that will only be enhanced by the enthusiasm and passion that our team will bring each day. Also, I am looking forward to investing my time in helping my staff achieve their personal goals and acquiring their own jobs in the future.” 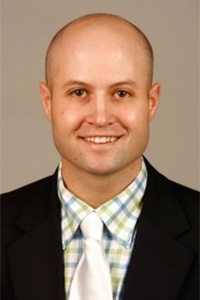 The Hawthorns Golf and Country Club is one of the premiere family oriented private clubs in the greater Indianapolis area. Designed by the world-renowned Arthur Hills, the club has played host to numerous USGA, NCAA, and PGA Section events.

Michael LaBella, a 2013 graduate of the Penn State PGA Golf Management Program, is the co-founder and co-director of Instruction of Smash Factory Golf at Ravenwood Golf Club in Victor, New York. Previously, he was the second assistant golf professional and director of junior golf at St. Davids Golf Club located outside of Philadelphia.

“I love this position because I am able to do what I love most and that is teach and run a business at the same time,” LaBella said. “The best part is seeing your clientele grow over time, shoot lower scores, and creating more enjoyment in the game for people of all ages.”

Matthew McFarlane, a 2005 graduate of the Penn State PGA Golf Management Program, has been named KJUS - territory manager for the Eastern United States. KJUS is a premium sportswear brand focused on innovative, high performance materials with a distinctive clean design. KJUS is most recognized in the ski, golf and active lifestyle categories.

Previously, McFarlane was an account executive for Ralph Lauren for New Jersey and Eastern Pennsylvania.

“Moving from a large corporation to a small company that is essentially in start-up mode in the golf industry is what I find to be most exciting about my new position,” McFarlane said. “Being a part of something from the beginning and helping it to grow in all facets of the business, along with expanding my network of golf professionals and business executives up and down the Eastern Seaboard, is what I find to be most rewarding.” 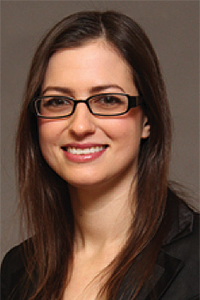 Naomi Nesenoff, a 2009 graduate of the Penn State PGA Golf Management Program, has been named the PGA director of golf at Traditions at the Glen in Johnson City, New York. Previously, she was the assistant golf professional and tournament coordinator at Turning Stone Resort Casino. She also spent two seasons under Master PGA Professional Tom Willson at Bonnie Briar Country Club and two seasons as the director of golf on multiple cruise lines.

Formerly known as IBM's own Country Club, Traditions at the Glen has been redefined with a new course layout and a beautiful clubhouse and golf shop. A John Van Kleek design, the course is set on rolling hills adjoining a wooded glen with magnificent views overlooking the Susquehanna River. New this year to Traditions at the Glen is an 18-hole Foot Golf course.

Naomi has been implementing ways to grow the game her entire career. This season Naomi has already started developing many diverse programs for youth, women, seniors, beginners, as well as initiating PGA programs to grow the game.

Sean Palmer, a 2007 graduate of the Penn State PGA Golf Management Program, has been named the PGA Director of Golf at The Union League Golf Club at Torresdale in Philadelphia, Pennsylvania. Palmer spent the past eight seasons at Merion Golf Club, most recently as the First Assistant Golf Professional.

Formerly known as Torresdale-Frankford Country Club, the course was recently purchased by The Union League of Philadelphia, one of the nation’s most respected city clubs. The League is investing millions of dollars into course and clubhouse renovations, with a vision of restoring a Donald Ross-designed course to world-class standards.

“I am extremely excited to be a leading force in a unique project in the golf world,” Palmer said. “Lately, there have not been many opportunities in the golf industry to build a new, world-class operation ​from the ground floor, which makes this new business model for private golf very enticing.”

Congressional Country Club, founded in 1924, is currently ranked 77th in the Golf Digest Top 100 golf courses in America. With 3,000 total members and 52,000 rounds annually, Congressional is considered one of the top private clubs in the country. The club will host the 2016, 2018, and 2020 Quicken Loans National, which is an annual PGA Tour event hosted by Tiger Woods. 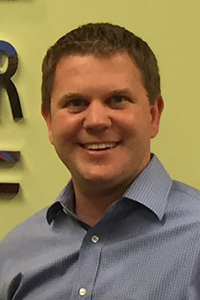 Billy Casper Golf operates more than 150 courses in 29 states, including in America's largest golf markets. Unlike many other management companies, BCG owns or has a substantial equity stake in nearly one-third of its courses. BCG applies this “ownership mentality” and entrepreneurial approach to all properties, having built a platform that consistently drives bottom-line results and builds long-term asset value.

“My position with Billy Casper Golf allows me to exercise my passion for merchandising and golf retail operations,” Schoenfeld said. “Assisting our team with increasing the merchandise service provided to members and guests is very important. It is extremely rewarding when I receive positive feedback that we are boosting the value of each facility with attractive merchandise displays and participation in unique retail programs.”

Desert Mountain Golf Club is one of the premier clubs in Arizona. Within the private community are six Jack Nicklaus Signature Golf Courses, with each course having its own clubhouse. Of the six courses and clubhouses, the Chiricahau Course and its clubhouse are considered as the jewel of them all.

“Our mission is to provide an unparalleled level of support and kindness that champions excellence in the workplace,” Tinti said.