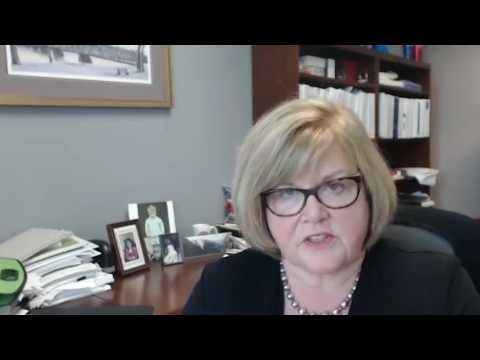 In the fourth discussion in our “Ask the Experts” series, Dr. Dennis Scanlon speaks with Kate Farley, Executive Director of the Pennsylvania Employees Benefit Trust Fund (PEBTF), to understand the work of the PEBTF and to seek a purchaser’s perspective on obtaining value for dollars spent, as well as to explore the implications of federal and state policy on the work of the PEBTF.

The PEBTF was established in 1988 and administers health care benefits to public employees and their beneficiaries as well as retirees and their dependents, totaling approximately 275,000 individuals and accounting for over $1 billion in annual spending. The PEBTF is governed by a Board of Trustees comprised of representatives from the Commonwealth and Unions.

Work and purpose of the PEBTF

“[The work of the PEBTF is] somewhat unique in that we are a joint labor management fund who is responsible for administering benefits for members…We are always interested in…making sure that we can get the best value for those members so that the benefits package that is afforded to [members]…can be maintained at the really high level that it is today.”

“Value-based purchasing actually is one of those very nebulous types of terms. It certainly is looking at making sure the quality of care that is received is good, and that members have access to care and that it is done at the best price. Historically, value-based purchasing has meant different things to different carriers…we are a self-funded plan, we are paying actual claim costs plus an administrative expensive fee per member per month. When we look at value it’s not really just the lowest fee you can pay for something, it is really looking at do members have access, are they bouncing back into the hospital…[or] bouncing into the emergency room, making sure that patients with chronic conditions…are managed… You have to balance all of those things and then ultimately you want members to be satisfied with the care they receive.”

Making decisions about tools and vendors

“We look at an evaluation of what the ROI (return on investment) will be on a tool. Sometimes there is no hard ROI, but the benefit in terms of either disseminating information to your membership or helping them manage their medical condition better…we go through an exhaustive analysis of what that service is…so you have to be really critical…I always say to people if you’ve seen one you’ve seen one, you really need to ask a lot of probing questions.”

“The funds that we receive are collectively bargained and it is essentially a capitated payment, so much employee per month…the Board of Trustees which is equal parts Union and Commonwealth management representatives are responsible for all of those decisions…we are not a state agency, so we have more freedom in terms of piloting different programs, working with different partners to try out something new, that people in other states don’t necessarily have.”

Approaches to member or patient engagement

“In 2008 and 2010 we made major changes to our retiree programs and what we found worked was a series of print communications, we do live meetings all over the state, we have information on our website. We just recently announced that we are making changes for 2017 to all of our active and non-Medicare retiree benefits and we are taking a very similar approach although we have added webinars …we try to keep it simple and we use a lot of examples so that we give people scenarios because at the end of the day everyone wants to understand how this affects them…consistent, repeated educational efforts work well.”

“We are fortunate in that we have a large membership and we have concentrations of membership across the state…that allows us some flexibility to cordon off a subset of the population. The flip side of that is you don’t want to roll out anything to a large population that may not work…so we have taken the approach that we will try a smaller pilot…I had long been a fan of bundled payments because it made a lot of sense. So then, when the opportunity presented itself to do something we decided we would go around the carriers because they had not showed any interest in participating in anything in the region or in the state…and work with one hospital system and one large orthopedic practice in the Harrisburg area. We worked at it for a year, and we had wonderful results and saw that you really could, through collaborating directly as an employer with a physician group and/or hospital…actually affect some really positive change. We also learned some things…one specifically that because of the way hospitals generally are paid which is on a flat payment per admission, not at all tied to a length of stay, that any reductions you made to the length of stay, any of those financial benefits only go to the hospital and the physicians that were doing a lot of the care coordination were not getting those benefits, so we know we have to structure things differently in the future.”

“One thing that we did which is different from what Medicare is proposing – the budgets that were established were done at a patient specific level, so in other words, using historical claims data that may show someone had diabetes or history of blood clot, the model would take that into account and provide for more services for that patient versus someone who was perfectly healthy and had been running for years and just had a bad knee. The Medicare model says they are going to pay the same thing regardless…I have some concerns about that. One of the things we found in presenting the budgets to the physicians when budget came in higher for someone rather than lower, that was a key to them that they had other medical conditions that they better make sure they understood fully.”

“One of the things I was concerned about is that the patient felt they had a good outcome. So we developed our own member satisfaction tool that we sent to members and asked them about their whole experience and their functionality at three different times after the surgery and 87% - 88% felt that their quality of life had improved as a result of the surgery.”

“We have this concept of Centers for Value – very similar to Centers of Excellence concept, but there wouldn’t be 50 of them, there might be 10 of them across the state that if members voluntarily chose to get their care… we could potentially waive the deductible because we know they have good outcomes.”

The impact of federal and state policy on PEBTF

“In terms of the federal regulations, the Affordable Care Act may have had less…impact to us than others because we have always offered a generous benefit package…what came with it for us, a pretty significant dollar increase for some of the things we had to cover that we didn’t cover that are part of the mandate and the reporting requirements.”

“On a state level, we were very excited to participate in the Health Improvement Plan…the things that were most significant to us were the transparency efforts…the all-payer claims database which to me is hand in hand with the transparency, and the value-based purchasing initiatives.”

The impact of consolidations in health care industry on PEBTF

“We want our members to have access to the highest quality of care at the best price. And however that is achieved, that’s our goal.”

BACK TO ALL ASK THE EXPERTS VIDEOS