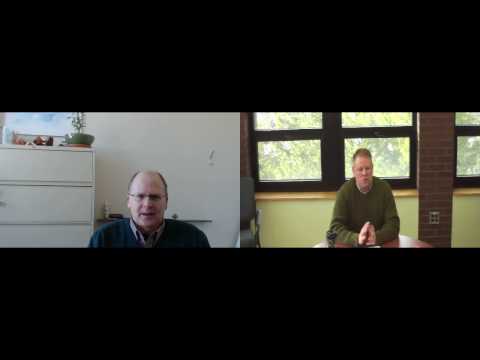 In the fifth discussion in our “Ask the Experts” series, Dr. Dennis Scanlon speaks with Mark Fendrick, MD, Professor and Director of the University of Michigan Center for Value-Based Insurance Design (V-BID), to understand the concepts of V-BID and ‘clinical nuance,’ and to gain a perspective on how V-BID is being put into practice.

As a practicing primary care physician and an expert on the topic, Dr. Fendrick offers a unique viewpoint on V-BID, including the concept of ‘peanut butter and jelly’ to promote the alignment of supply-side (physician) payment reforms with consumer engagement.

On health insurance generally and the concept of V-BID

“Wouldn’t it be better if these health insurance policies actually made it easier for people to access things that make them healthier and perhaps make them pay a little bit more for services for which there is no evidence of health? Thus the idea of value-based insurance design emerged based on the concept of what we call ‘clinical nuance.' Two key points of that. One is medical services differ in the benefits that they achieve so thus I would not argue to have equal incentives for people for all of these visits, diagnostic tests, and drugs, but maybe more importantly, and a great challenge to the academic community and the policy community, is understanding that even if the service were high or low value, that value depends not only on the service, but who gets it, who provides it, and where. And I think a good example of this is…colorectal cancer screening…in a first degree relative of a colon cancer sufferer, extraordinarily high value; in 50 year old folks, it is high value, but in a 30 year old…with no family history it is a… waste of money, and may be harmful…I would like to leave this concept with the viewers is that my three favorite high value services are colonoscopies, coronary stents, and back surgeries. My three favorite low value services are colonoscopies, coronary stents, and back surgeries. I hope that when they think through the idea of clinical nuance, they will understand what I mean.”

Taking the concept of V-BID and putting it into practice

“The closer we get to perfect implementation of clinical nuance, the harder it is to do. Your question about implementation is a really good one about the practicality of never letting perfect get in the way. So my tagline is…over a decade ago when I told CEOs that their employees pay the same out of pocket for life saving drugs for drugs that make their hair grow back or their toenail fungus to go away. A typical response to this would be tell me this isn’t true, how did it happen, and how can we fix it?…To those three questions I answered, I don’t know, I don’t know, and value-based insurance design. Initially I said maybe statin drugs or antidepressant drugs or HIV drugs should cost less than those low value drug classes, toenail fungus, heartburn, etc.,… we are very fortunate to have had some forward thinking public and private payers who made a call to their pharmacy benefit manager and said how hard would it be for you to make my blood pressure medicine, my asthma medicine and my heart disease medicine lower cost within every tier?…When the intuitiveness of the idea came forward, fortunately for us a front page article in the Wall Street Journal in 2004 attributing a million dollars in savings to this type of nuanced benefit design…it really brought the idea forward.”

The federal government, including Medicare and the Tri-Care program, has been able to capture the essence of the idea of V-BID and clinical nuance…Your audience might know that there is an element of V-BID included now in the Affordable Care Act…a section requires all non-grandfathered commercial plans to cover evidence-based, high-value primary/preventive services with zero cost sharing so this includes those colonoscopies over the age of 50…mammograms over the age of 40, counselings for obesity and depression …there are now over 80 mandated, evidence-based services…a very, very popular aspect of the Affordable Care Act across all ideologies…and political parties.

For the clinicians and anyone dealing with the practice of American medicine understands, we treat every patient differently…In 2017, the idea of precision medicine will go to another level…I like to steal a line from a colleague of mine, we have Star Wars medicine with Flintstone’s delivery system…As our close colleague and now (PA) Secretary of Health, Karen Murphy knows, I knocked on doors, I begged every constituency I could find and ultimately had a bipartisan bill introduced to the US Congress to allow a Medicare Advantage demonstration to include value-based insurance design…our colleagues at CMMI [CMS Innovation Center] said that this idea is good enough and has support enough that they will launch a demonstration initially in seven states and eight chronic diseases so it had to be nuanced in that regard. So thanks to Secretary Murphy’s leadership and the strong support of Governor Wolf…that of the nine health plans that are launching V-BID demonstrations on January 1, 2017, five are from the great state of Pennsylvania.”

“In addition to CMS saying the V-BID idea is a good one, I like telling one of our more recent policy accomplishments to explain…how sometimes the advocacy approaches to federal policy changes can actually work the way most of us think they would. The Tri-Care program, which is separate from the Veteran’s Administration program…they basically provide health care services for active military and those military retirees generally with 20 years of service or more…A promise was made to these individuals who basically made their careers to defend our country, to have free health care for the remainder of their life after retiring and as all of us know, health care costs are substantially higher than we all thought…there was some dialogue about actually asking these Tri-Care members and their beneficiaries to pay out-of-pocket for some of their health care. So lucky for us the V-BID idea is fairly well socialized in the US Congress. One of my soundbites is if you are going to ask people to pay for health care, they should at least not pay for the services they don’t need in the first place.” Going back to the clinical nuance idea…I’ve had the great honor to testify in front of the Senate…promoting V-BID as an alternative to non-nuanced cost sharing for these beneficiaries. Lo and behold, two more meetings, very little advocacy and no lobbyists involved, as we sit here in late December 2016, President Obama will sign…the 2017 National Defense Authorization Act which will authorize a value-based insurance design demonstration for Tri-Care members.”

“I do think as we talk about both transparency and low value care that the real lever that is much more important and difficult to pull is trying to get providers to behave differently. This idea…if a physician tells you need an unnecessary MRI or upper endoscopy…you may shop around a little bit…but it still doesn’t get back to is there clinical evidence to suggest you need it?…I’ve been using a quote for over two decades paraphrased from Senator Edward Kennedy which was ‘we wouldn’t have a health care cost crisis if we only bought things that made people healthy.’…While I don’t have these big answers…what I do have is a very, very short term deflector that I think ultimately will help us move forward which is to get serious not only of the under use of high value care which is the motivating force for value-based insurance design but to understand that we can tackle the 400 plus billion dollars a year that are spent on services that do not make anyone healthy…The last thing I would say on this point…when I talk to clinician groups who tend to see they have a bullseye on their back because they are the ones who do these…potentially low value services…if we would incent them on a new structure…we would all be better off.”

“The idea that I would like to see ... is some type of base salary for doing what you are supposed to be doing but then very, very large quality driven…upside payments…to meet the goals that have never been explicitly stated for which one should be based for their reimbursement…any step away from fee-for-service is good…but I want a clinical nuance benefit design…I want to pay cardiologists more than they are getting now for putting stents in the setting of an acute heart attack, I want to pay them substantially less or nothing for putting them into people that have heartburn.”

“I refer to supply-side initiatives as peanut butter…it is going beyond talking the talk, they are literally walking the walk, imperfect…away from fee-for-service, to some quality driven, hopefully patient-centered outcome driven patient reform. So you have the supply side of peanut butter going in the right direction, the other side of this equation, which I believe has been for the most part left out…on the other side of this equation are my patients…you would like to think that as providers are being asked to behave in a more quality-driven, efficient way that our patients and the American people would be asked to align with those movements and instead we have seen a rapid growth…of high deductible health plans…that make it harder for them to do the things that their doctors are begging them to do and now more importantly the things that their doctors are being benchmarked and paid bonuses for. So the only way we move forward is to make sure that our providers and our patients are aligned around evidence and quality. I like to use the metaphor of peanut butter and jelly…it is my best example of the sum being greater than the individual parts. That if we could come to a system where the evidence is strong…providers and patients, now it is easy for them to do those things…we could get to the Triple Aim better and faster…I am very fearful that the jelly side, the consumer engagement side, under a non-nuanced high-deductible health plan will only make this situation worse.”

“Our top initiative at the V-BID Center for 2017 is to continue to advance a ten year advocacy program of the Internal Revenue Service to allow these high-deductible health plans to have much more flexibility in terms of which services they are able to cover…I want my patients to be facing high-deductibles and high cost sharing on the services that are not going to make them any healthier. I want them in health plans that have easy access to services that make them healthier…the idea of clinical nuance is absolutely critical to move this forward and…our experience with the ACA, Medicare, and Tri-Care in addition to being motivated by private sector pre-ACA will spill over and allow these new generations of health savings accounts…to also encourage as opposed to discourage individual and population health.”

**We experienced technical difficulties with the video and audio in the recording of this interview.**

BACK TO ALL ASK THE EXPERTS VIDEOS