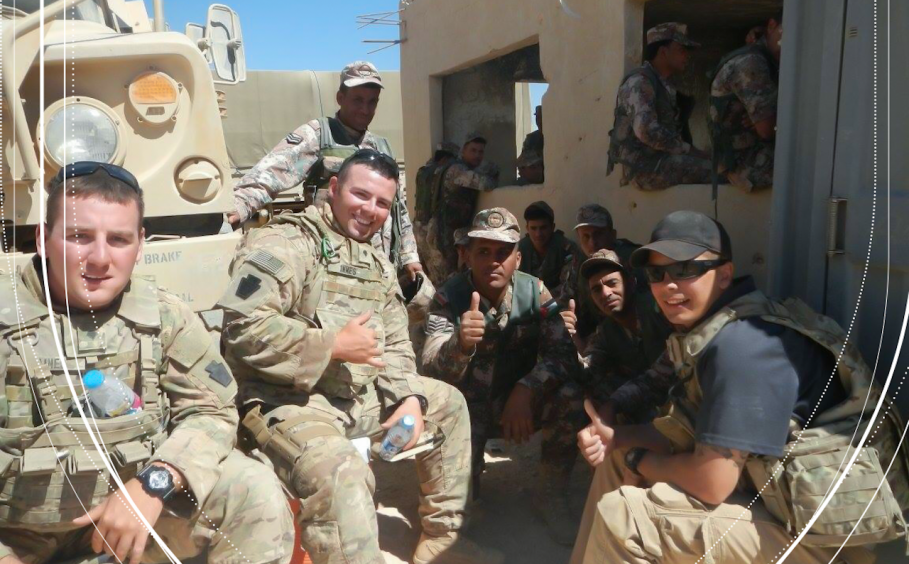 A personal essay drafted ahead of commencement

Throughout my college experience, the military has produced many obstacles to overcome in pursuing my degree, but the most significant obstacle appeared during the spring semester in 2016.

That’s when my life plans in the academic world were frozen in time with just one email. As I walked out of the Oak Building on a brisk winter morning, I checked an email that I had received during my previous class. The email was from my platoon sergeant, and he stated that we were being deployed to the Middle East in May.

I was forced to withdraw from the semester due to pre-deployment training that I was required to attend. I departed to Ft. Bliss, Texas, and shortly after that I was on my way to the Middle East. I spent nine months in Jordan conducting compound security and training and aiding Jordanian Armed Forces and Border Guard soldiers on their operations on the Syrian border.

My time overseas was very physically and mentally difficult. Once home, I experienced anxiety for the first time in my life. I was nervous to return to Penn State as my best friends from before had already graduated.

When I got back to school, I was greeted by a loving and caring staff, and like-minded individuals quickly made their way into my life. The people of the Department of Recreation, Park, and Tourism Management helped me through my transition and internal struggles more than I think they will ever know.

As a student now in my final academic semester, I couldn’t be happier with the obstacles that have been placed before me. My deployment tested me in many ways that the university had not, and I believe that I am a better and stronger individual who now takes little for granted because of that experience.

Although the road to my degree has been a long and strenuous one, I do not think that I would change anything about it. The Army, Penn State, and the memories of my journey with both will forever be engrained in my mind.

*This essay was edited for style and length.