After a capstone project for a class is completed, many students will never spare them another glance, and the project content rarely ever sees the light of day.

Christina Platt, however, is championing an effort to have the work done in her class’s capstone project open up recreational opportunities to an entire community.

Platt is a senior majoring in Recreation, Park, and Tourism Management. Last spring, Platt and her classmates in Recreation and Park Management (RPTM 470) completed a capstone project on converting the Bellefonte Quarry, a well-known area among rock climbers, into a recreation area.

More than 4,500 Penn State students are enrolled in the College of Health and Human Development (HHD) studying a wide-array of fields, each committed to the concept of improving the quality of life for others. Platt, who found a home in the Department of Recreation, Park, and Tourism Management, is one of those HHD students, and this is her story. 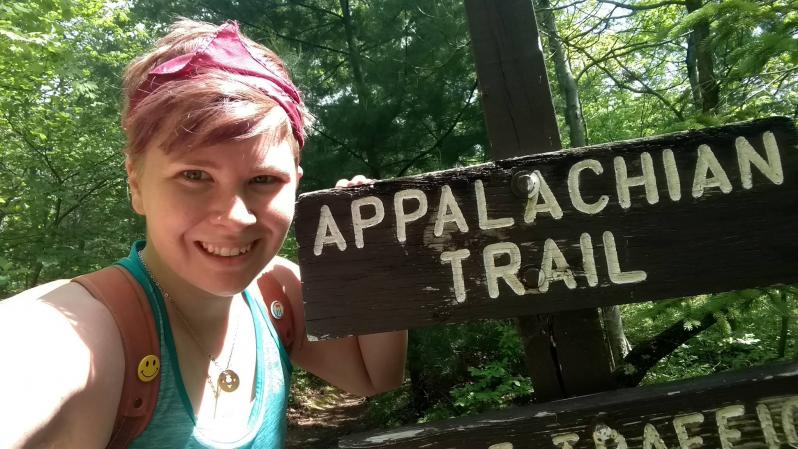 Platt and her classmates looked at case studies to learn about the process of converting lands into recreation areas. They next conducted a mini-feasibility study about what it would take to convert the quarry into a recreation area.

They worked with some organizers at the head of the Bellefonte quarry movement – “the quarry crew” – to gather their information. The study detailed what would need to be done and risks involved.

Despite the semester’s end, Platt still felt that the quarry project would be worthwhile, something she’s carried on long after the conclusion of the class.

When the quarry crew reached out to instructors Derrick Taff and Peter Newman about doing a presentation at a town meeting, they directed the crew to Platt.

Since then, Platt has remained heavily involved in the efforts to acquire the land for recreational use. She believes that volunteering her time and pursuing things she cares about will make a difference.

“I just think that the more opportunities people have to get outside and engage in sports, the better,” Platt says.

Platt has accompanied the quarry crew to meetings with local government entities, such as the Spring Township borough council and the Bellefonte Borough Council. At these meetings, they present findings of their research to try to convince people to join their cause.

“There’s something so awesome about true grassroots organizing, doing things in your community because you care about your community,” Platt says. 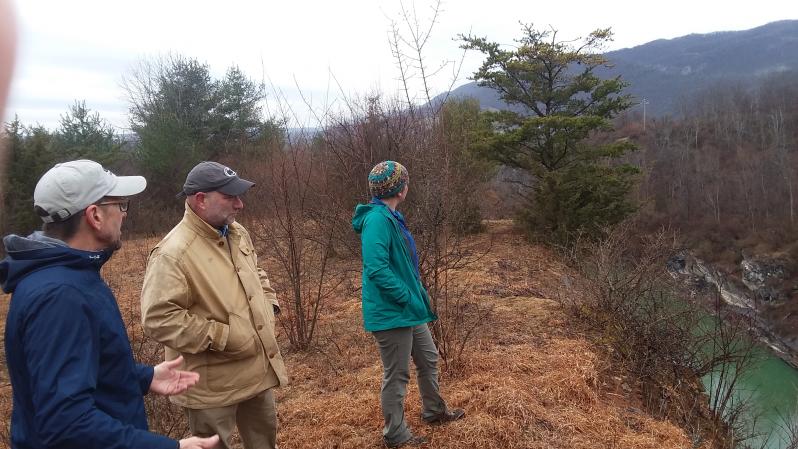 There are a few obstacles. The land is privately owned by Graymont, a company based in British Columbia, Canada. Rock climbing there is currently illegal, though people have been sneaking onto the property for years.

Derrick Taff, assistant professor of Recreation, Park, and Tourism Management who taught Platt’s RPTM 470 course, had no idea that the project would create actual community results.

“It was a great opportunity for an applied learning project,” Taff said. “I had no idea that this would move beyond a class project to something that would become useful for the community, but I’m thrilled that it is.”

Taff is also excited about what this means for Platt’s future.

“I think it was a great professional development opportunity for her because she is now one of the faces of this plan, this potential opportunity,” Taff says.

Platt believes that classes like Taff’s prepared her well for this organizing effort.

“I’ve learned so much from my time in the department of Recreation, Park, and Tourism Management,” Platt says. She enjoys being able to connect with professors as mentors, and she enjoys projects that have real-world applications.

Platt believes she has grown the most from her extracurricular involvement. She leads the Penn State Outing Club, overseeing events and managing people.

“That’s taught me more than anything I could learn in a class,” she explains.

Where is the quarry project now? Platt says that she and the crew are getting signatures of support on the letter they plan to send to Graymont to propose a feasibility study.

After graduation, Platt will be going on an adventure. She will hike the Appalachian Trail for opioid prevention in honor of a friend lost to an overdose. Through the organization Hike for Mental Health, she has already raised $2,750 out of her $10,000 goal.