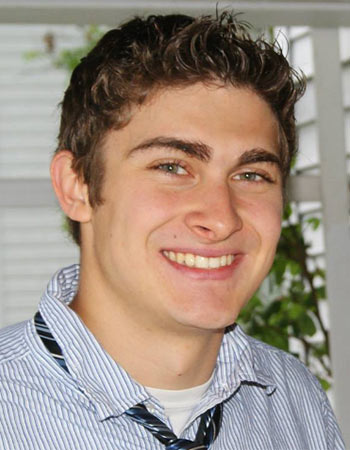 Mikal Daskivich always knew he wanted to go to Penn State. Growing up, his parents and grandparents had season football tickets, which meant Daskivich became immersed in the Penn State atmosphere at an early age.

“I was immediately hooked by the campus, the people, and the overall culture of Penn State and State College,” Daskivich said.

What was not so clear for Daskivich was his career path. Initially, Daskivich studied actuarial science; however, after nearly two semesters of courses, Daskivich realized he was on the wrong career path.

At the same time, during his freshman year, Daskivich joined the Student Programming Association and Movin’ On, a student organization that plans a free, annual music festival.

“I have always had a passion for concerts and live music and I really enjoyed my experiences in those organizations,” Daskivich said.

After Daskivich realized actuarial science was not the right fit for him and he was instead passionate about event planning and music, he discovered the right major.

More than 4,500 Penn State students are enrolled in the College of Health and Human Development (HHD) studying a wide array of fields, each committed to the concept of improving the quality of life for others. Daskivich, who found a home in the Department of Recreation, Park, and Tourism Management (RPTM), is one of those HHD students, and this is his story.

“I like that the RPTM program is very diverse,” Daskivich said. “Even within the Commercial Recreation option, there is still diversity since tourism, marketing, management, and recreation programming classes are offered. RPTM has showed me everything that goes on behind the scenes to put on an event.”

Daskivich’s favorite course was Arena Management, RPTM 370, which is held at the Bryce Jordan Center. The course led Daskivich to a full-time events management internship at the Jordan Center where he assists with all aspects of an event, such as loading in or out of production, ticketing, accident reports, customer service, and crowd control.

Daskivich also conducts research on how other arenas and venues in the region and across the country conduct operations, comparing what is successful or unsuccessful for the venues.

“I have learned that this career path is very time consuming. Event days are extremely long, but even more rewarding when the event goes smoothly and is successful,” Daskivich said. “The internship has only solidified my career goals in my mind and proven that I have made a career choice that I am very passionate about.”

Following graduation, Daskivich would like to be an events coordinator or manager at a major venue in a major market.