Matt Enderle traveled to more states as a young boy than many people have the opportunity to experience in a lifetime.

Four consecutive summer vacations with his family allowed Enderle to visit each of the Lower 48, visiting many U.S. National Parks along the way.

Experiences during those trips are what inspired him set a career goal of becoming a National Park Ranger.

Thanks to Penn State, Enderle is now living out that dream where he’s in turn inspiring thousands of people every year to enjoy the natural and cultural resources found within National Parks. 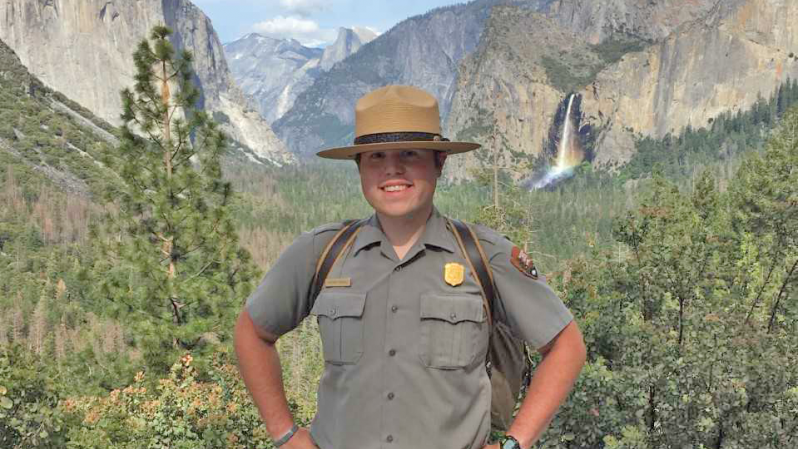 Enderle officially started on his career pathway by enrolling in the Outdoor Recreation option of the Recreation, Park, and Tourism Management (RPTM) program. He graduated from Penn State in 2016.

The relevant education, training, and networking opportunities he gained while an RPTM student had a direct impact on realizing his career goals.

His role as an interpretive ranger is something visitors often equate to language, which isn’t quite accurate.

“We as environmental interpreters are tasked with interpreting the ‘languages’ of many things which cannot speak—the natural and cultural resources found within our National Parks,” Enderle explained.

But interpretation is not the only function of a ranger, according the Enderle. “We are tasked not only to inform, but more importantly to inspire the public.”

As a ranger in Glacier Bay, he’s tasked with a tall order—literally. “One of my primary duties involves riding a small vessel out into the middle of Glacier Bay where I meet 4,000 passenger cruise ships. I then transfer from the small vessel to the ship, climbing a rope ladder to board,” Enderle stated. “It is arguably the most adventurous interpretive duty in the National Park Service!” 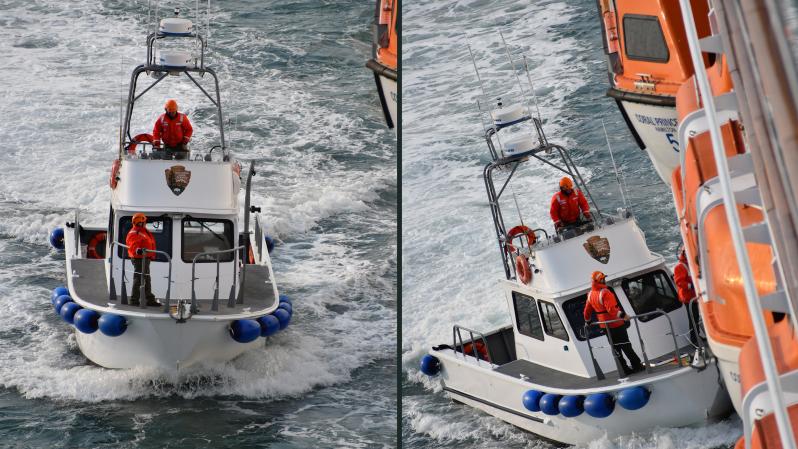 National Park Rangers are often charged with writing their own interpretive programs, which to Enderle is an honor and privilege. “Interpretation is how we seek to inspire park visitors,” he stated.

These programs can come in many different shapes and forms, especially at larger National Parks, according to Enderle. Programs he’s developed have included a 1.5 hour guided hike in Zion National Park, which focused on ethnobotany, and a tree walk in Yosemite National Park, which discussed the influence of trees (specifically the Giant Sequoia, sugar pine, and black oak) on preservationist philosophy.

Despite living in some of the greatest landscapes in the country—Glacier Bay’s shoreline is only yards away from his front door—Enderle stays connected to Penn State giving back through mentoring students and giving them career advice.

“I am very passionate about what I do and I am eager to share my experiences with the Penn State community,” Enderle stated. “I am especially interested in offering professional guidance to and being a point of contact for students who may be considering a career with the National Park Service.”

Enderle provides some words of advice to students who may similarly want to work for the National Park Service, where even seasonal positions are extremely competitive.

“Diversify your resume now!” he said. “Your classes will do a great job providing you with knowledge for the job, but your experiences are often just as valuable – seek out opportunities to build and strengthen skills that will supplement your classwork (working at Shaver’s Creek is a great way to do this!). A balance between formal education and extracurricular experiences can help to make you a desirable job candidate and a well-rounded ranger.”

He credits the guidance and communication with faculty members and Penn State at large for supporting him and as a reason to stay involved with the University. “Patty Kleban has been a regular contact of mine in the department and we have worked together on outreach efforts and creating opportunities for students a number of times over the past few years,” Enderle said.

Enderle hopes to continue to inspire people from the waters and surroundings of  Glacier Bay for a few more summer seasons. Then, he hopes to become a supervisory interpretive ranger with the National Park Service in coming years. 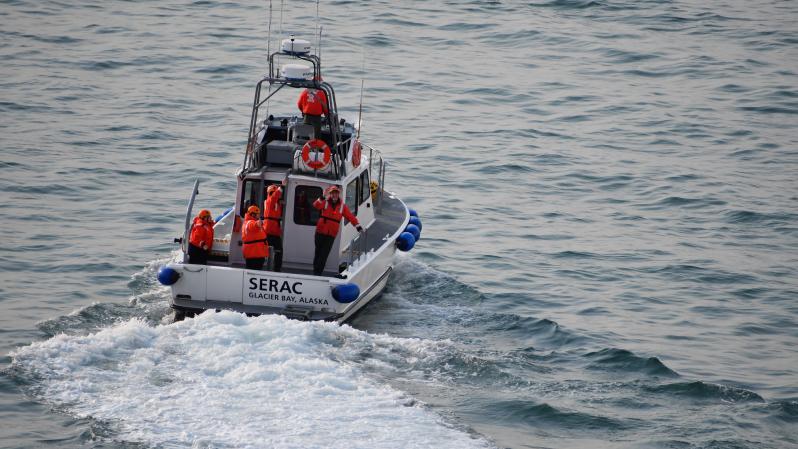