To list the conditions under which computers and other networked devices are permitted to connect to the college networks and the requirements and responsibilities of the users and administrators of these devices.

All full and part-time Penn State employees who require access to the college networks.

Any computer, computer system or other networked device connected to college computer and network resources will be subject to and must comply with the conditions set forth in University Policy AD95 and in this policy.

The college shall not be liable for, and the user assumes the risk of, inadvertent loss of data or interference with files resulting from the college's efforts to maintain the privacy, integrity and security of the college's computer and network resources.

The college reserves the right to suspend network access or computer account(s) if user-maintained files, programs or services are believed to have been operating in violation of either law or policy.

The college reserves the right to install and maintain network firewalls to protect the college networks by restricting network communication that is deemed to be a security risk.

The college reserves the right to maintain log files for the purpose of diagnosing network and system problems. The log files generally do not contain personal information on users. University Policy governs the purposes under which these files can be used.

The college reserves the right to limit or prevent the operation of computer servers in any campus building or off-campus office location. The only approved location for a server is in the college's server room. If a staff member is exempted from this policy and allowed to administer their own server, we reserve the right to revoke their server administration privileges and relocate their equipment if events demonstrate that they are incapable of performing the duties of the system administrator's job (as described below under System Administrator Responsibilities) in a professional manner.

Exception to or exemptions from any provision of this policy must be approved by ISS. Similarly, any questions about the contents of this policy, or the applicability of this policy to a particular situation should be referred to the College's Computer Security Officer. 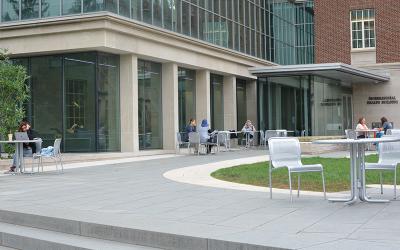